Below the calendar of screenings of CY DEAR. For any further information, or enquiries about the film, please click here.

CY DEAR pays homage to the prolific career of Cy Twombly, an American artist from Lexington, Virginia, who emerged as a prominent figure in the mid-1950’s as a contemporary of Robert Rauschenberg and Jasper Johns. Twombly is perhaps best known for his gestural vocabulary in paintings and drawings, in which each line and color is infused with energy, spirituality, and meaning. Digressing from the prior generation of American postwar abstraction, he drew upon the ancient, classical, and modern poetic traditions. The inspiration and innovation also extended to his work in sculpture, photography, and print.

Under the guidance of Nicola Del Roscio, the President of the Cy Twombly Foundation, we meet a number of friends and colleagues from the artist’s life and career, including pre-eminent figures from the international contemporary art scene. Among others, we meet Alessandro Twombly, the artist’s son; Larry Gagosian, the world famous gallerist; Sir Nicholas Serota, the long-time director of the Tate Gallery in London; Jonas Storsve, the curator of Twombly’s widely-celebrated retrospective at Centre Pompidou in Paris in 2016; Carlos Basualdo, a senior curat or at the Philadelphia Museum of Art; Achim Hochdörfer, the director of the Brandhorst Museum in Munich; Sally Mann, the renowned photographer and author; David White, a senior curator at the Robert Rauschenberg Foundation; the artists Dorothea Rockburne and Barbara Crawford; and Renzo Piano, the acclaimed architect who designed the Twombly Gallery at Houston’s Menil Collection.

These testimonials lead us toward a detailed understanding of the man and the artist, looking closely at his masterpieces around the world and the different creative periods that made up his life. Produced by Michele Bongiorno and under Andrea Bettinetti’s direction, the film takes us from Lexington, Virginia, where Twombly was born, to his second home Gaeta, Italy, passing through Paris, Munich, New York and Houston, living and working between two continents and two cultures. 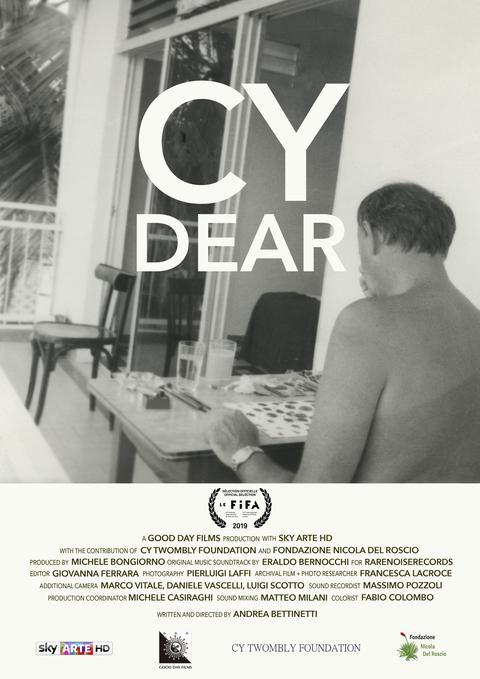