FOUNDATION FOR CONTEMPORARY ARTS ANNOUNCES THREE NEW $40,000 AWARDS SUPPORTED BY VISUAL ARTISTS MADE TO POETS IN 2018

New York, NY, January 2, 2018 – Foundation for Contemporary Arts (FCA), a non-profit organization founded in 1963 by the artists John Cage (1912-1992) and Jasper Johns to benefit other artists, is pleased to announce that three $40,000 Grants to Artists awards created and supported by the visual arts community will support three experimental poets in 2018.
In January 2018, FCA will inaugurate three new Grants to Artists awards supported by visual artists and artist foundations, including two awards permanently restricted to the field of poetry. Visual artists Ellsworth Kelly (1932-2015) and Jack Shear have endowed the new C.D. WRIGHT AWARD FOR POETRY in memory of the late poet and 1999 Grants to Artists recipient. The Cy Twombly Foundation is supporting a new CY TWOMBLY AWARD FOR POETRY in memory of the visual artist, one of FCA’s earliest supporters. And, the inaugural ROY LICHTENSTEIN AWARD, which was endowed by the Roy Lichtenstein Foundation in 2017 and may be made in any discipline, will also be made this year in the field of poetry.

“From FCA’s first benefit exhibition in 1963, the generosity of the community of visual artists in supporting artists in other disciplines has been the cornerstone of FCA,” said artist Cecily Brown, a Director of the Foundation for Contemporary Arts. “We are pleased to continue this tradition with three new awards supported by the visual arts community in 2018, and particularly pleased to make these awards in poetry, which is a perennially under-resourced field.”

“Cy often recalled the experience of hearing poetry at recitals in New York when he was very young,” said Nicola del Roscio, President of the Cy Twombly Foundation. “He loved how poetry can express all kinds of nuances in life in a condensed lyrical line; passion, color, philosophy, morality, irony, and other states of mind. He also loved how music formed from the rhythm and tone of the reader.”

“Like few others, FCA celebrates both artists and writers,” said poet Forrest Gander, C.D. Wright’s husband. “It’s like an upscale Cedar Tavern, where grants, instead of drinks, are handed out by barkeeps who are also writers and artists supporting each other. As such, it models one of C.D. Wright’s dreams for an attentive, multi-legged creative community with all its stoma open and antennae up.”

Established in 1993, Grants to Artists provides $40,000, unrestricted cash awards to individual artists working in dance, music/sound, performance art/theater, poetry, and the visual arts through a two-step, confidential nomination and selection process. Once a year, a group of artists and arts professionals are invited to propose one artist or collective whom they believe would benefit from an award. Then, FCA’s Board of Directors, including visual artists Cecily Brown, Robert Gober, Jasper Johns, Julian Lethbridge, Glenn Ligon, and T.J. Wilcox alongside Anthony B. Creamer III, Anne Dias, and Agnes Gund, are joined by advisors in each artistic discipline to review the nominations and select the grantees.

The Foundation for Contemporary Arts FCA 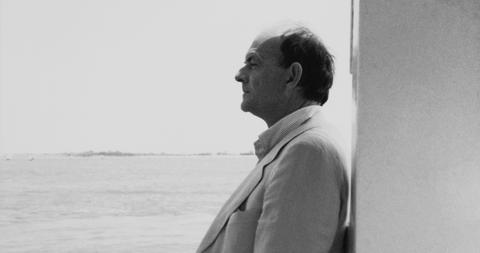