We are pleased to share a video extract from the concerts: UN/VEILED. Cy Twombly, Music, Inspirations.

For further information and images from the exhibition and the events, please visit Fondazione Nicola Del Roscio.

The Fondazione Nicola Del Roscio, in collaboration with the Cy Twombly Foundation, is presenting from Friday May 20 to Saturday June 11, 2022, in its spaces at Via Crispi 18, Un/veiled – Cy Twombly, Music, Inspirations: a programme of concerts, video screenings and piped music, which includes the exhibition of a series of works by Cy Twombly (1928-2011).

Un/veiled – Cy Twombly, Music, Inspirations is the unprecedented result of an extensive survey carried out over the course of the last three years by the Cy Twombly Foundation at its branches in Rome and Gaeta at the behest of Nicola Del Roscio; a survey whose aim has been to collect, document and preserve in its archives musical compositions by musicians from various countries who have been inspired by the works of Cy Twombly or tried to establish an artistic dialogue with them.

Single tracks from the repertoires of different musicians or, in some cases, whole albums, have paid tribute to the sensibility of one of the most important artists of the 20th century, showing how creative figures from different disciplines have found an inexhaustible source of inspiration in Cy Twombly’s production. Out of this has come a rich and surprising archive that brings together the works of fourteen exponents of different genres of music, from jazz to classical music, passing through more experimental electronic works.

Out of this research came the idea of inviting some of the most interesting figures on the international panorama who have tried their hand at reinterpreting Twombly’s work, such as the Italian guitarist, composer and record-company owner Eraldo Bernocchi, the British singer-songwriter and producer Isabella Summers, founder and member of the indie-rock band Florence and the Machine, Nicolas Vérin, performer of Le Voile d'Orphée (1953) and Symphonie pour un homme seul (1950) by Pierre Henry.

So the Fondazione Nicola Del Roscio has programmed a series of exclusive live concerts on its own premises, to be staged against the background of an exhibition presenting a selection of Cy Twombly works, open to visitors for the entire duration of Un/veiled.

The eyes of the artists invited to take part become the filters through which the public are given the possibility to observe the works of Cy Twombly from new and unusual points of view. This will allow them to discover the references to mythology, poetry and modern literature, themes which the artist used to construct kaleidoscopes that revealed the real. 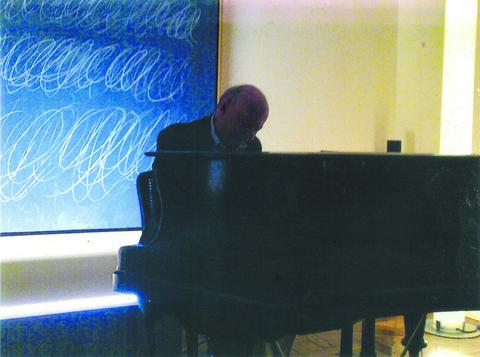