Cy Twombly in August 1990 inscribed on two of his drawings a quotation from the writer John Crowe Ransom which programmatically sums up his artistic intent: “The image cannot be dispossessed of a primordial freshness which ideas can never claim”. The present volume accordingly studies the artworks of this US artist, with their spontaneous painterly gestures, their lines drawn with intentional artlessness, their cypher-like scribblings, notations, and literary inscriptions, as ‘untamed’ prior versions of ideas that only ever emerge afterwards.
By describing how Twombly himself recommended that his works should be seen, analyzing his late work influenced by the aesthetics of the Far East, and considering all the expressive media he used (drawing, painting, sculpture, photoprint), the book opens up new approaches to Cy Twombly’s hermetic work, which, it shows, can be described and interpreted, but never ‘tamed’. 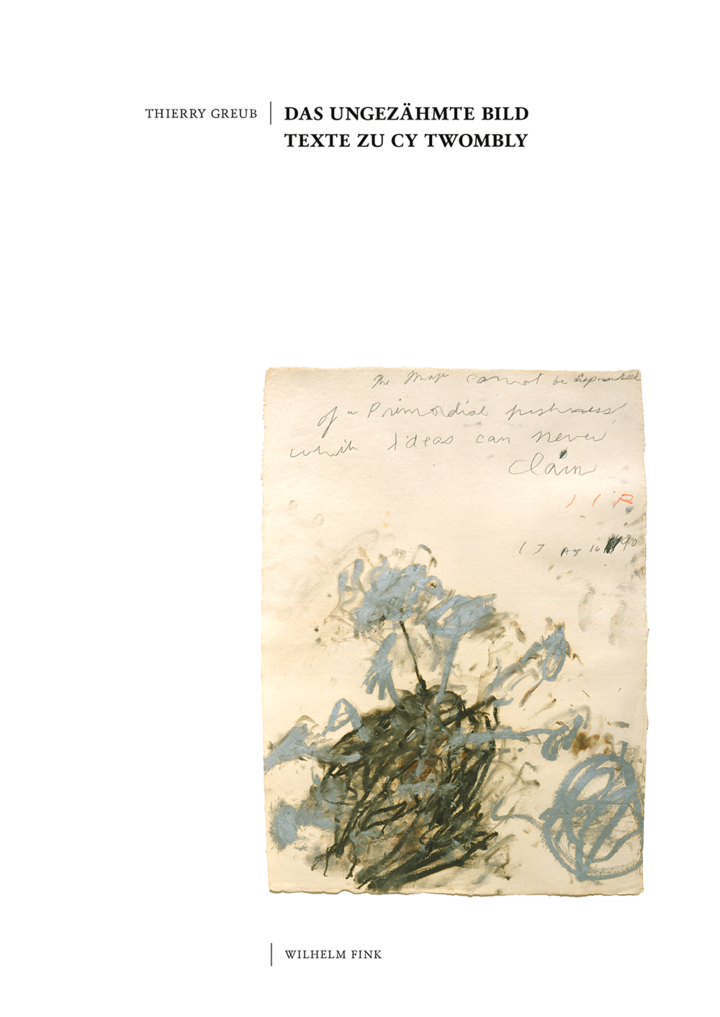