Naming the Gods: Cy Twombly’s Passionate Poiesis concerns itself with the contemporary art work of Cy Twombly and his radically innovative and necessary forms of creating for our times as seen against the deep background of classical Greek mythology. In particular, the two entwined figures and images of Orpheus, lyre player, lover and journeyer to the underworld, and Dionysos/Bacchus, god of wine, ecstasy and madness, are taken up as the two principal thematic leitmotifs which animate and overarchingly inform Twombly’s entire artistic oeuvre across all the mediums in which he worked, both literally and symbolically, from the early 1950’s until the last series of brilliantly colored paintings he made just before his death in 2011. 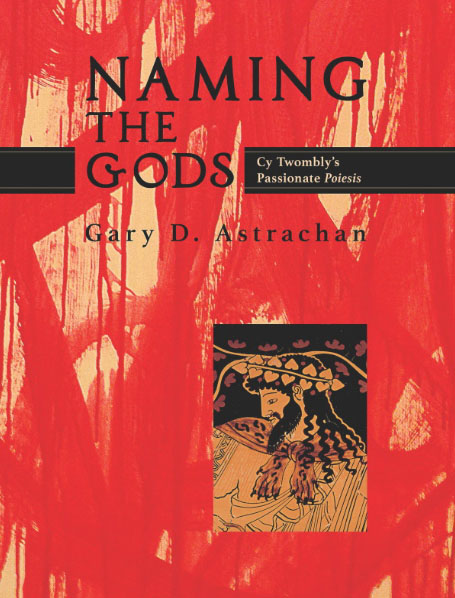