In 1624 and 1957, two artists, aged thirty, moved to Rome. Nicolas Poussin (1594–1665) and Cy Twombly (1928–2011) subsequently spent the majority of their lives in the Eternal City, and went on to become the preeminent painters of their day. This book looks at these two figures side by side for the first time, examining through common themes, subject matter and motifs, how the two painters, separated by three centuries, nonetheless engaged with shared interests and concerns. It explores a few of the common themes and subjects that Twombly and Poussin have shared, from Arcadia and the pastoral, through to figures such as Achilles, Apollo and Parnassus, Bacchus and the Bacchanalia, Flora, Galatea, Orion, Orpheus, Mars, Narcissus, Pan, and Venus, through to both painters’ late versions on the theme of The Four Seasons.

The catalogue consists of around thirty paintings and drawings, structured thematically around the six rooms of the exhibition, each devoted to key shared themes: Arcadia and the pastoral, Venus and Eros, Battle and Beheading, Apollo and Parnassus, Bacchus and Pan, and The Four Seasons. The exhibition has already received enthusiastic support and loans from major private and public collections around the world, including The National Gallery, London; Tate; The Royal Collection; Museo del Prado, Madrid; The Brandhorst Museum, Munich; The Israel Museum, Jerusalem; The Art Institute of Chicago; and Twombly himself. 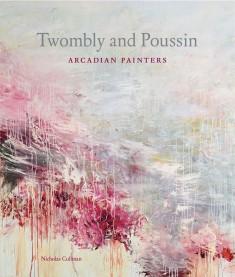